Sigh! we just missed the ferry home, arriving mere minutes too late to board for the 5:30 crossing, even though the boat was still idling at the Bainbridge Island dock. Did we dawdle too long departing the shipyard? Was it that brief, unplanned detour to purchase a Dairy Queen treat? Should we blame it on the heavy Friday evening traffic? No big deal, the next scheduled run would depart in an hour and we were plenty early to catch that one! There was an upside to just missing the boat... we were at the head of the line for the next crossing and had a superb view of the Seattle skyline during the 8.6 mile crossing from Bainbridge Island to downtown Seattle. 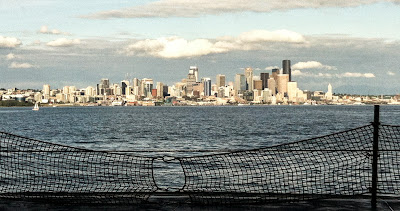 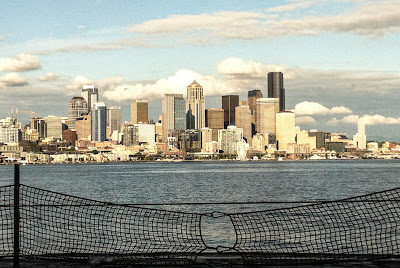 I can't imagine living far away from big expanses of water for any length of time... not cheerfully anyway.
Posted by SeattleDee at 10:10 PM No comments:

We took a spur of the moment detour recently to visit Quilcene, a small Hood Canal town on the Olympic Peninsula. Quilcene is famous for its oysters, or at least it used to be. Coast Seafoods appeared to be the only company still active in Quilcene Bay, growing spat for commercial resale rather than fresh bags of oysters for retail customers.

I don't often think about oysters, never buy them at the market, and rarely order them at downtown pubs or restaurants. But there's something about being near northwest oyster beds that develops full-blown oyster cravings. Freshly harvested oysters served on the half shell are awesome, briny treats. Barbecued oysters hot from the grill are delicious beyond description, with or without sauces.  What do I order when we're in oyster territory... you guessed it, oysters of course.

There are four different species of oysters grown in the Pacific Northwest; Olympia (the only NW native), Pacific, European Flat and Kumamoto. Fresh oysters are tagged by both growing location and species name so buyers  and diners can know which variety they have purchased and where their shellfish were grown and harvested. I need to remember this fact in the future.

Still optimistic about finding some fresh, local oysters for a late lunch, we joined the pickups and boat trailers outside the Twana Roadhouse and headed inside to check out the menu. The place was packed with a happy crowd of all ages, decked out in jeans, fleece, sweatshirts and rubber boots. Shrimp season had opened that day and judging by the noise and the smiles, the catch must have been good.

We were really hungry and our baskets of oysters and fries were okay, but this was not the special lunch I had anticipated. Sigh, the oysters were not local, pre-breaded and supplied by a large restaurant supplier and the tangy coleslaw was also a commercial product, not house made. I should plan ahead next time, or at least ask a few questions before ordering.


Has commercial oystering disappeared elsewhere in Washington State, or is the change in Quilcene Bay an unusual occurrence? British Columbia appears to have a thriving industry, or perhaps we have been lucky and cruised by some of the expanding locales (link). More research is definitely required.

Posted by SeattleDee at 11:01 PM No comments: 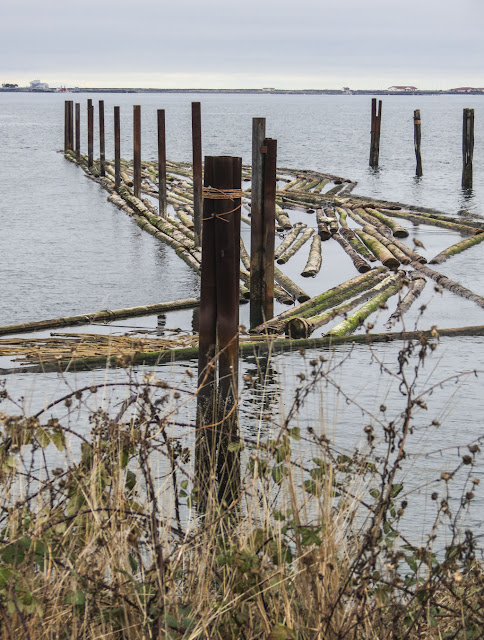 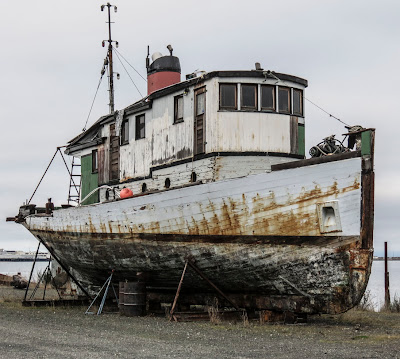 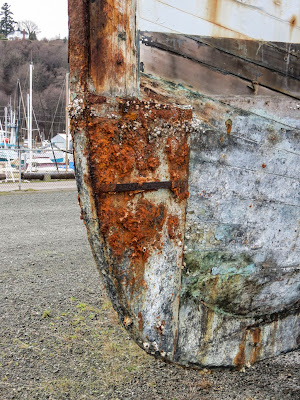 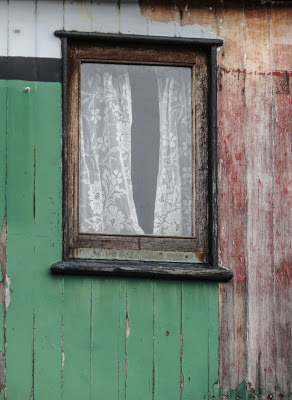 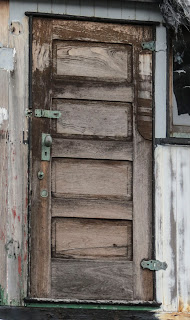 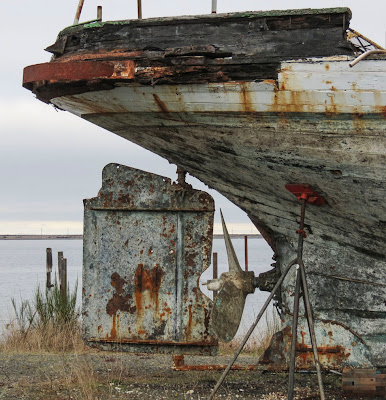 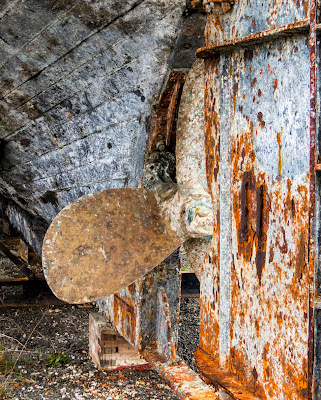 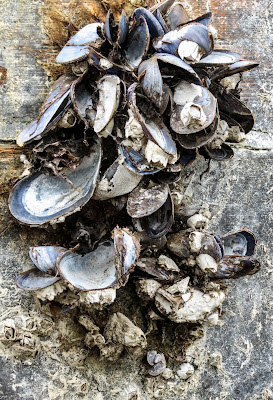