A Local Trek to Northwest Trek

Early morning sunshine and mild March weather drew us outdoors for an unplanned adventure, a mini road trip just to get out and about. I suggested a photo safari to the zoo, but RL was ready to head out of the city. We piled the camera gear into the Explorer and headed south on SR 167, destination unknown.


One freeway exit and a few wandering turns later, we spotted a sign listing Electron and Powerhouse… places we had never heard of before today. The 1904 Electron Dam, run by Puget Sound Energy, is 41 miles up the Puyallup River from Commencement Bay. It may have been an engineering marvel when it was built, but today it just looks… well, old. In 2000 the addition of a 290-foot fish ladder opened access to 30 miles of upriver spawning grounds and fish habitat. (facts from an interesting article in the Tri-City Herald.) 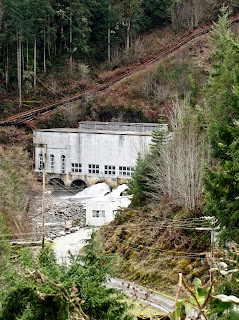 The sign for Northwest Trek was too inviting to pass by. The 725-acre park opened in 1975 and I’ve never been inside the gate - I hardly even drive past. Today it’s time, right now, no matter that the day is half over.
This gorgeous bronze moose welcomed us 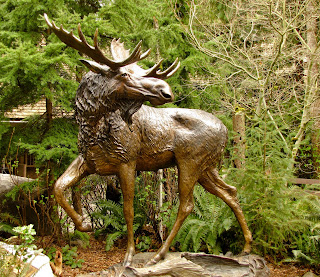 - though his real life cousins were considerably more reserved, staying well away from the motorized tram.

The hourlong tram ride was a convenient way to tour 435 acres of varied habitat, with wetlands, forests and meadows filled with large herbivores in a natural setting.

The herd of Bighorn sheep was pretty active, and several frisky sub-groups browsed the meadows. One ewe commanded a lot of attention, in-season but out of season. I won't share that picture today. 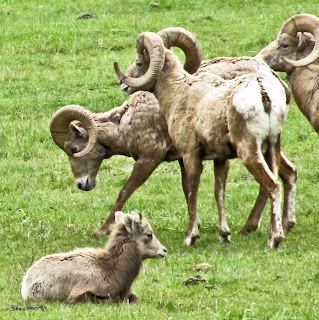 Bison are big,imposing creatures, 5 to 6 feet high at the shoulders and the bulls can top 3,000 pounds. They reportedly can run faster than 30 mph, but today they weren’t moving much at all. 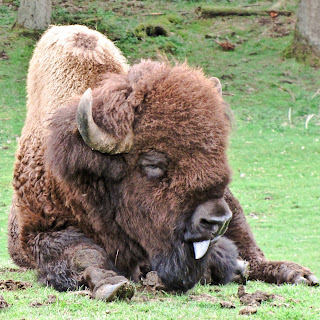 Bison are not pretty, but they surely are impressive, even if immobile animals. 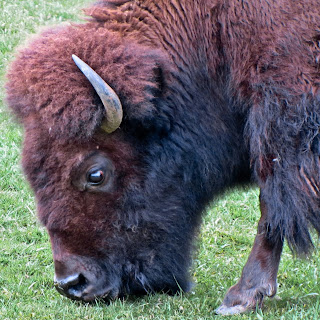 The black-tailed deer were well camouflaged in the leaf-strewn woodlands, 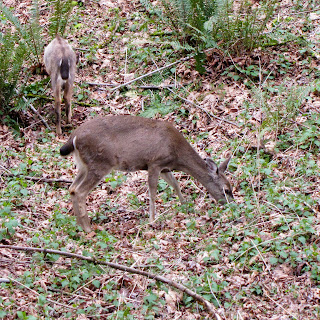 but posed and camera ready in the meadow. 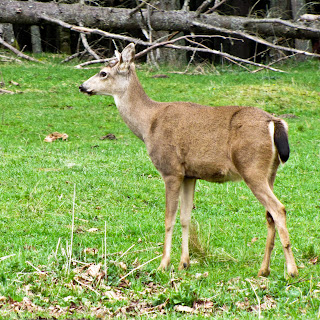 Roosevelt elk are large,impressive animals standing 5 feet at the shoulder and weighing 350 to 1,000 pounds. They are noted for being very vocal, and we heard a small sampling of their squeals, grunts and whistles. 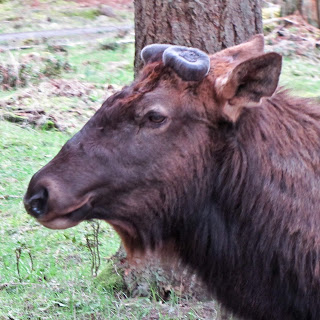 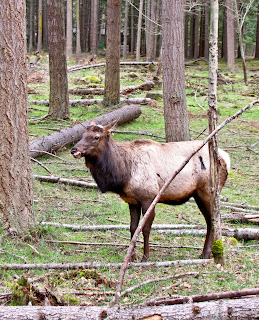 They will really look stately and impressive in the Fall, when they have fully-developed antlers (up to 5 feet). But today they were sporting nubbins. 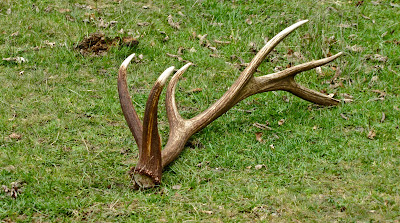 After the tram tour we roamed the grounds, pausing whenever something caught our eye, like this busy little skunk actively searching for food. Note the leash... I liked that feature. A NW Trek Naturalist holding the other end of the strap shared details of all things skunk. 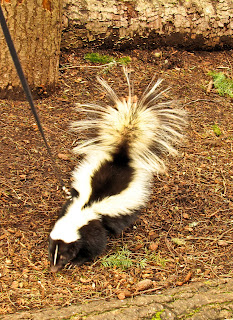 We spot hundreds of eagles when we are boating and there are resident bald eagles around Lake Washington, but they still draw my attention. There’s just something about that piercing stare - forget the fact that they have a silly call.
Bald eagle 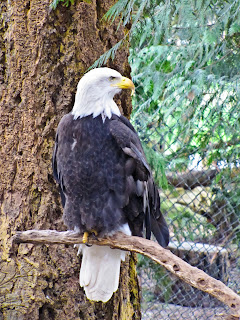 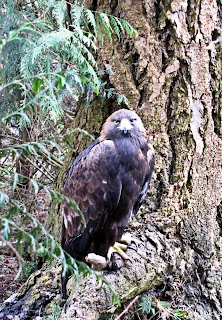 In harsh climates bears den up for the winter, but here the black bears and grizzlies were out and about. They moved slowly, and napped a lot, but they look a lot fatter and healthier than the bears we will see up north in April and May, just out of the den. 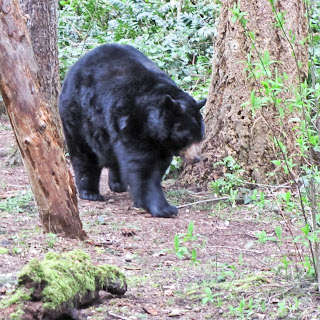 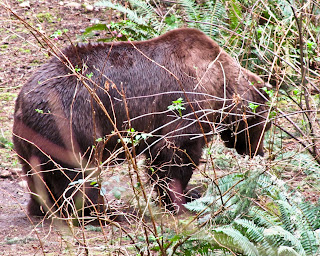 Paw prints versus hand size comparisons were interesting, but really don't reflect the stature of these omnivores. 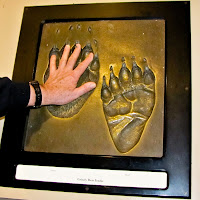 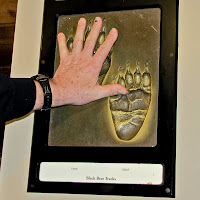 It was getting late and we had to choose between searching for wolves or coyotes. No contest - sorry coyotes, but we can see you and hear your calls all over the West. The gray wolves were relaxed, but alert, motionless except for their eyes following our every movement. We were fortunate to be alone in their area, enjoying this rare encounter. 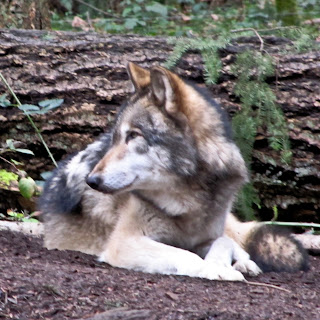 Gray wolf watching RL's movements
We had enjoyed a terrific day, but it was 4:30 in the afternoon and lunch had not been important - until now. Adventurers need nourishment and I needed food now, right now! The onsite Fir Bough Café offered a varied menu and seating in front of a toasty stone fireplace, but we settled for our favorite snacks instead. 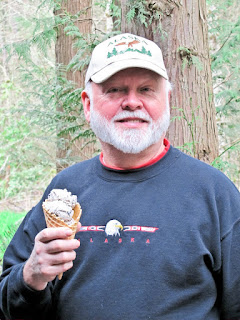 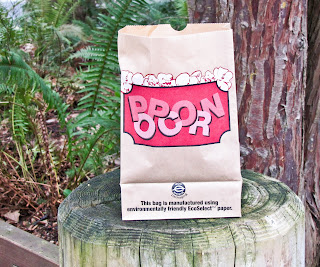 This was a day trip, hardly qualifying as a road trip, but who cares?! We had fun, and now I can hardly wait until we move aboard the boat and travel north to view the wildlife of northern BC and SE Alaska in it's northern home.
Posted by SeattleDee at 7:50 PM No comments: